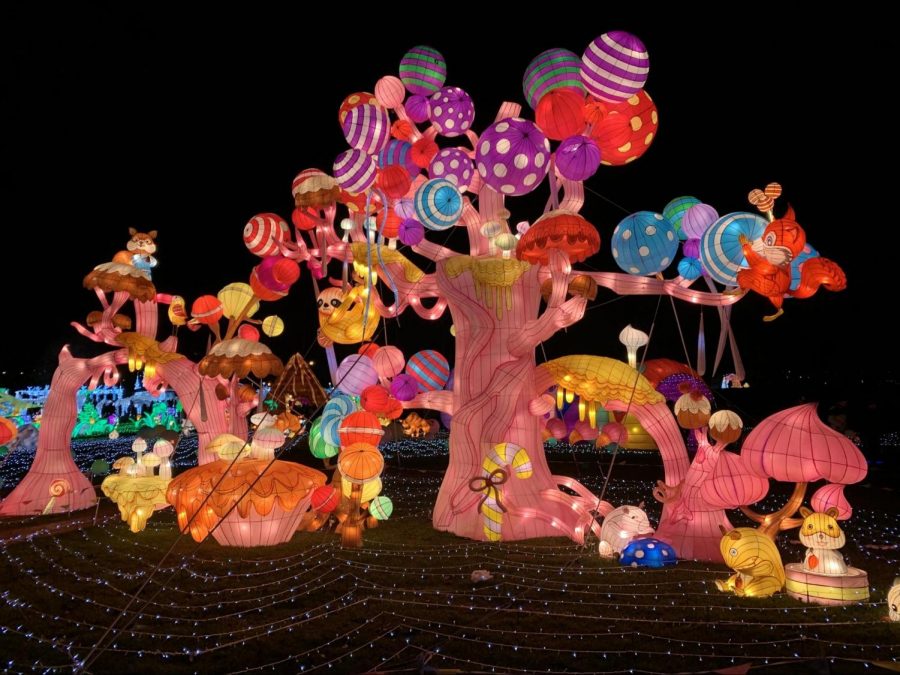 This year, as New York City descended into its annual holiday madness, a new event emerged to add to your to-do list: LuminoCity.

LuminoCity, the holiday lights festival that took up 700,00 square feet of Randall’s Island, was composed of more than ten-thousand LED lights and twelve acres of light art. Nearly all of the displays were hand-made by forty-three artists who had come from Zigong City in China and had spent about three months hand-dyeing and creating the installations.

LuminoCity was actually three distinct worlds in one; it featured Winter Fantasy, Wild Adventure, and Sweet Dream. In the Winter Fantasy, a frosted world that the company claimed would transport “people to the very top of the world on a crystal-clear winter night to experience mountains of glistening snow,” boasted a thirteen-foot tall skating unicorn and a “castle in the clouds”—a castle that emerged from a base of cloud and resembled the Disney logo. The second world, Wild Adventure, featured a recreation of the Bifengxia Panda Reserve, a panda research and breeding facility in China’s Sichuan province, and an illuminated rainforest with recreated baboons, panthers, and tropical frogs. The third and final world was called Sweet Dream and contained larger-than-life LED Christmas presents and a donut tunnel that Homer Simpson would love all too much.

LuminoCity described itself as a “multimedia entertainment company that transforms captivating stories into multidimensional experiences.” “By exploring the intersection of art forms, LuminoCity seeks to blur the lines between virtuality and reality when curating unforgettable experiences for all audiences,” the website proclaimed.

The festival was based on Xiaoyi Chen’s memories of lantern festivals in her hometown in Zigong, China. Zigong City, which is in Sichuan Province, is a hotbed for lantern festivals, even hosting an annual lantern festival that attracts more than two million people. “LuminoCity is rooted in the Zigong festival, bringing the two-thousand-year history of the Chinese lantern festival to New York City through an extraordinary new light artform,” the company said.