A Nail-Biter At Barclays! 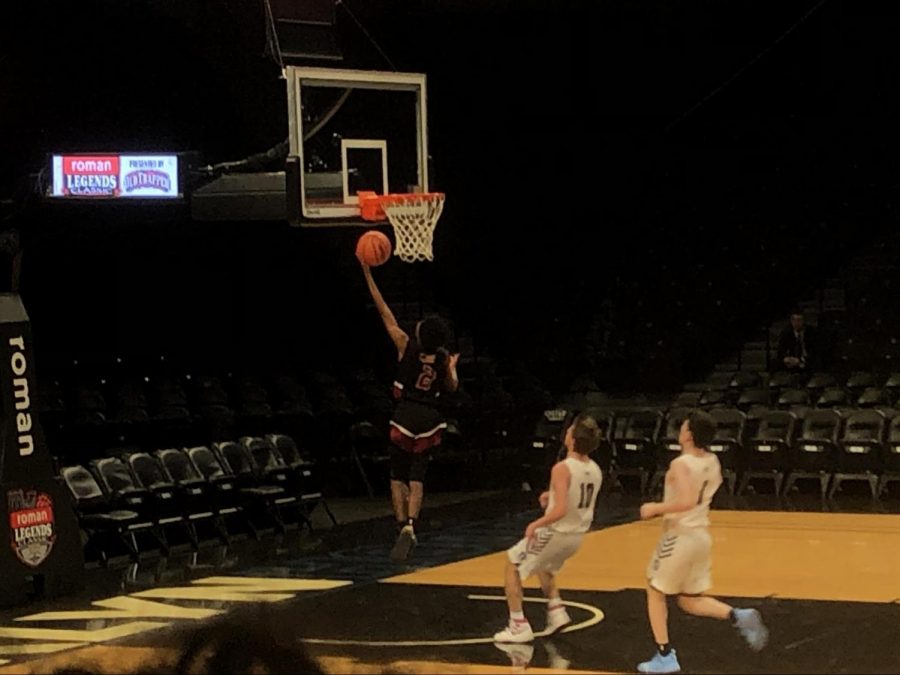 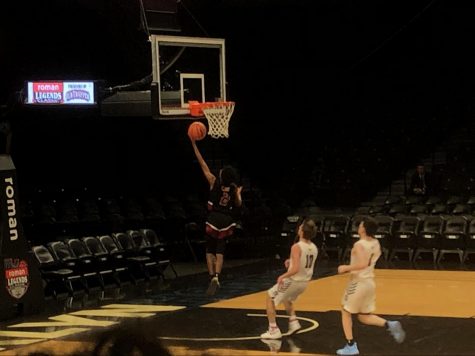 On November 25th, Berkeley Carroll’s varsity basketball teams played their annual game against Grace Church at Barclays Center. The varsity boys’ team played first, followed by the varsity girls’. The seats were packed full of eager Berkeley Carroll fans and the games were exciting to watch.

The boys’ game started out really well, with BC taking an early lead of nine points in the first five minutes. Grace, however, made a strong comeback and by halftime it was anyone’s game. During the third quarter, Grace’s offense picked up, forcing BC to work even harder on defense. Although the game was still close, Grace went into the final quarter with a three point lead. Heading into the last two minutes of the game, BC was still down. Grace tried to run out the clock, but strong defense from BC forced them to turn over the ball. With less than five seconds remaining, Elijah B. (‘22) scored the game-winning layup, grabbing the win for BC. The final score was 49-48.

It was a fantastic comeback for the Lions! On top of scoring the final basket, Elijah was the team’s leading scorer with 24 points. When asked how he thinks the game went, Elijah responded, “I think we started off good, but throughout the game we made a lot of little mistakes—but we were able to pull through with a win.”

The girls’ game started off slower since both teams played great defense, forcing turnovers before the other team could score. Grace Church scored the first few points, putting them ahead of BC by a sizable margin. The half ended 18-4 with Grace ahead. The BC girls went into the third quarter knowing they had to come back strong. With a tremendous effort, they were able to close the point gap slightly, and fought hard to catch up throughout the fourth quarter. Unfortunately, Grace Church didn’t allow BC any opportunity to pull ahead. The game ended 23-37 in favor of Grace Church.

Annika S. (‘22) and Zola O. (‘21) were the leading scorers of the game, each getting 6 points for the team. Annika believes that BC’s main issue in the game was that “we struggled to get back on defense quick enough to defend [Grace Church’s] long passes down the court.” She added, “our shooting was slightly off, but that’s understandable because the court at Barclays is much larger than a regulation high school court.”

Next year, Annika wants to work on these skills and come out with a win.  “It was kind of intimidating to play on such a large court surrounded by so many seats and spectators. Though […] we lost, I did have a lot of fun and I can’t wait to play there again next year.”