Get To Know Mr. Leong! 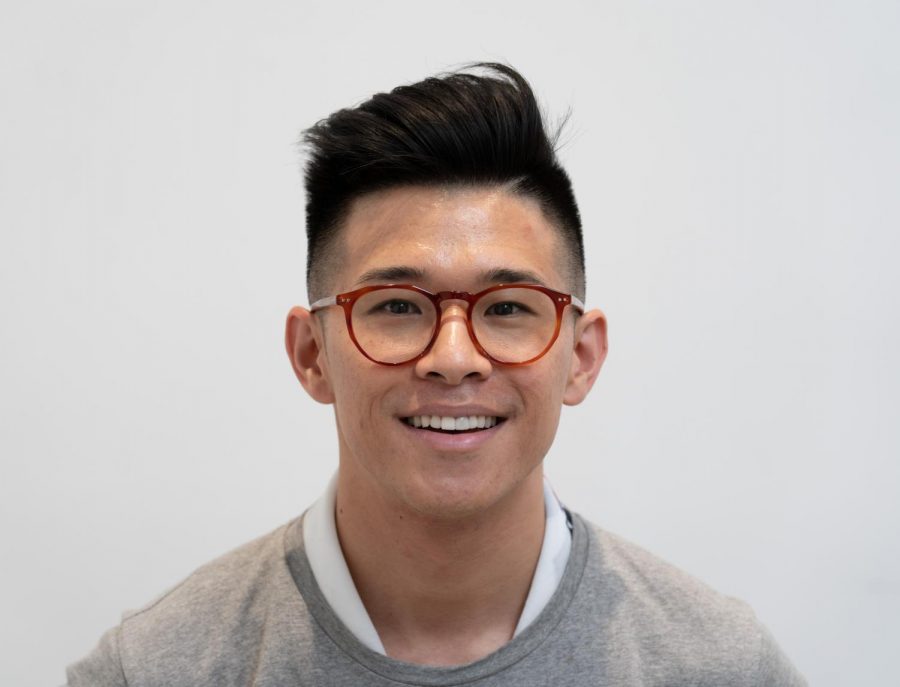 Mr. Leong is a new Chemistry teacher at Berkeley Carroll and we are happy to welcome him to our community. You may have seen him in the halls with his impeccable color-coordinated outfits topped off with an ear-to-ear smile. Being the only new 10th grader at Berkeley Carroll, I thought it was imperative that I be the one to interview the new teachers. So I sat down with Mr. Leong to ask him some questions that the student body has for him. These questions ranged from science-related to hobbies.

I started out by asking why he loves teaching science.

He responded with a very inspiring motive for his profession: “I like making something that has been historically inaccessible to everyone accessible to more people.”

He stated that he wanted to abolish the idea that you have to be “old, white, male, (and) wealthy”  to “enjoy and think like a scientist.” Since arriving at Berkeley Carroll, it has become apparent to me that one of BC’s main goals is to promote diversity on campus, evident as the BC faculty span across a wide range of identities. Mr. Leong seems perfect to further this MO with his inclusive outlook on science.

He then went on to describe the importance of critical thinking: “I personally think science is useful for critical thinking especially with our day and age and our administration…it’s good to know why and how things happen.”

Sticking with the theme of school, Mr. Leong’s greatest fear relates to his teaching: “My greatest fear would be to—even if it wouldn’t be my intention—negatively impact a child in a moment that I had an indiscretion.” He clarified that taking anger out on a child unwillingly or being misunderstood would be “really painful” for him because to him, “relationships are key.”

Questions pertaining to Mr. Leong’s style were very popular amongst students. Students asked about where he learned to dress so well, where he shops, and how he’s always so on-point.
He surprised me with a humbling story of how he developed his style: “I grew up being dressed by my mother—who is an immigrant. So I didn’t grow up having a choice or agency in what I wore, so when I got to college… I just drew inspiration from what I saw.” He went on to say that he doesn’t have any fashion icons but that he takes some inspiration from “queer circles to think out of the box.”

He told me about his frugal “real-cheap” fashion ideology: “[I] try to think a lot about color-coordination and fit. So, I think it’s smarter to buy things even if they don’t fit…[and] just get it tailored after.” To me, Mr. Leong is the spitting image of the idea that you don’t have to break the bank in order to dress well.

Lastly, I asked him what he likes to do during the weekends or during his free time. He started off his response with a piece of obvious information: “I am a really avid biker.” Almost every morning I seem him arrive helmet equipped at the front gate on his bike.

Continuing, he stated: “On longer weekends, I will fly somewhere. I’ve been to 40+ countries because I used to work in the Middle East so I’m very big on flying around.” This was surprising alone but what really struck me about his hobbies was his passion for photography, a personal hobby of mine.

He went on to tell me that he used to be an avid photographer and that wishes he could do more photography. He proceeded to show me pictures of his friend’s engagement party that he took.

“I photograph so I can help people see the world the way I see it,” he explained, going into his motives for his fascination with intimate photography.

The interview was supposed to end there but I asked him about his favorite branch of photography which happened to be candid and intimate photography. We then went on to talk about photography for another 20 minutes. I showed him some photos from my portfolio and he told me why or why not they had good composition. He showed me some resources that I could use to expand upon my skills.

In my first few weeks at Berkeley Carroll, I have felt welcomed to the warm community and I’ve already made new friends. Most people don’t consider teachers to be their friends, but after interviewing Mr. Leong, I found a fellow nerd that I could geek out with over photography.