Student Insights on All Gender Restrooms 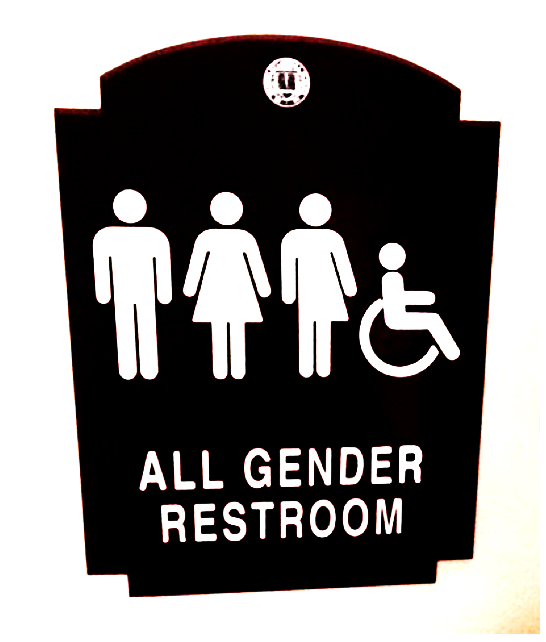 On the first day of school, many students felt overwhelmed by the long period of construction that awaits our incredible new S.T.E.A.M lab and upper school library. About a week into school, students started to notice the subtler changes that occurred over the summer, including three single stalled All Gender Restrooms. Students were pleasantly surprised by this addition.

More and more schools across the country have been installing all gender bathrooms because of the executive order the Obama administration sent out on May 13, 2016 which said that transgender students at all public schools must be permitted to use bathrooms that align with their gender identity, rather than the gender they were assigned at birth [if they pleased]. Obama received backlash from North Carolina, Texas, West Virginia, Arizona, Kansas, Nebraska, Utah, Maine, Arkansas, Missouri, Kentucky, and Alabama, because each state makes the decision of whether or not to enforce this idea. Within participating states, there were still countless amounts of independent schools that also had the choice of whether or not they would choose to abide by this rule. The schools that chose to abide by the new rule should be applauded for showing their support for students in their community that don’t identify as the gender they were assigned at birth. These schools demonstrate how accepting they are to all members of the community.

Because Berkeley Carroll is always striving to make the community even more inclusive and accepting to students with a range of differing identities, we decided to make the bathroom switch as well. As of this year, a new inclusivity statement has been incorporated into the Student/Parent Handbook. It reads: “Berkeley Carroll provides a supportive and safe environment for all community members, including those who are gender questioning, gender fluid and transgender. We strive to affirm gender identity in all areas of the school and encourage students to participate in gender-specific school activities which align with gender identity regardless of biological sex.”

In order to get a variety of opinions, I interviewed several students to hear their input about the implementation of the all gender bathrooms. Most Berkeley Carroll students felt that BC was taking a leap in the right direction, and that the bathrooms brought attention to members of the community who struggle with their identity.

“…there’s so much discrimination in places like Charlotte and even other schools in NYC, BC is setting a great example”-Ethan Z.’19

“I think it’s great that the school is embracing different peoples’ identities. However…the only real difference is the sign…it just seems like the naming of the bathrooms as “all gender” is just for show so that the school looks really diverse and progressive and will receive accolades for it.. No real difference has been made here…”-Anonymous BC Student

“[the bathrooms] show…that Berkeley Carroll does not ignore the needs of gender-fluid people.”-Libby T.’19

“…Seeing all of the all gender bathrooms was one of the times I was really proud to be a member of the Berkeley Carroll community. Taking the extra step puts BC on the right side of history….” -Alessandro G.’17

“…Not only do they allow all students to feel safe when going to the bathroom, but they also help to raise awareness that for some students, choosing which bathroom to use can be a confusing, uncomfortable and scary decision…” -Sara A-M.’19

The majority of the students from other schools also had positive thoughts about the bathrooms, while some thought they could cause student discomfort, or didn’t seem to think much of the whole situation.

“Saint Ann’s has three gender neutral bathrooms…many people are questioning their sexuality and gender identity at young ages, [this gives] them the opportunity to be comfortable…”- Hayden L.‘20, Saint Ann’s School

“…My school has two gender neutral bathrooms. I feel it’s great because it’s breaking the heteronormative culture that is so deeply ingrained in our lives. It’s exposing that there are more than two genders and forcing it to be recognized, because unfortunately, the fact that there are more than two genders is not represented in this day an age.” -Miles P.’19, Bard High School Early College Queens (first public high school in the country to have gender neutral bathrooms)

“My school doesn’t have an all gender bathroom. I am indifferent about its implementation…It could cause groups to feel uncomfortable. In my opinion, its implementation depends on the gender identification of the people where it’s being built.”-Denzel B. ‘19, The Hotchkiss School