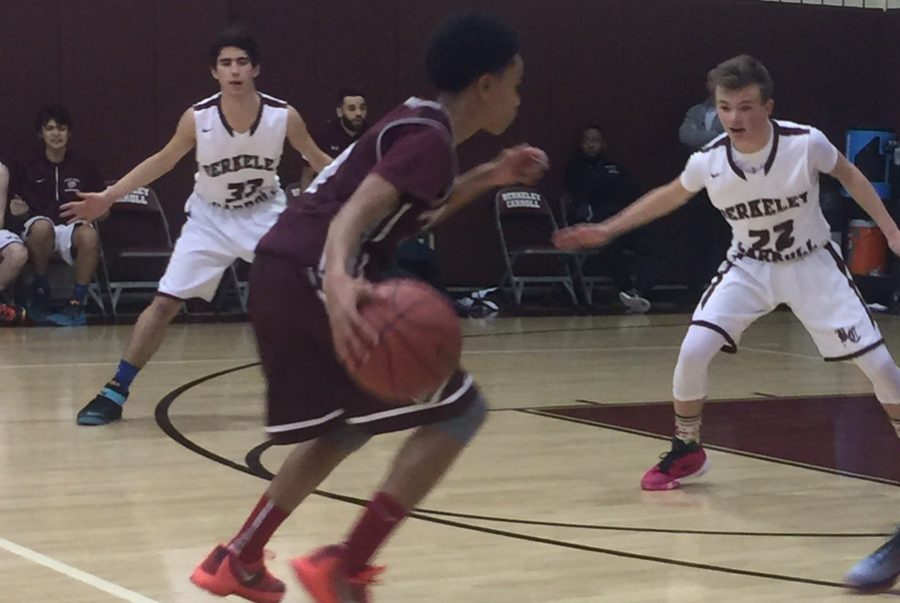 Whether it was on a field, in a pool, or on a court, Berkeley Carroll has had many athletic successes so far this year. In both the fall and winter seasons we’ve already seen many individual BC athletes break records, and teams fight in the playoffs to win league championships. All teams gained members from the freshman class, but also said goodbye to their seniors. While the BC community can’t wait to see what’s to come for the Spring season in sports, let’s first highlight the hard work and effort given by the school’s fall and winter athletes.

The athletic fall season had an early start, with BC’s soccer and volleyball teams already practicing in August for preseason. The Cross Country team got to work shortly after school started. The amount of time and training from all the fall teams definitely paid off, as Boys Varsity Soccer team ended with a 9-4-1 record, and Girls Varsity Soccer finished with a 7-4-3 record. Elias Contrubis (‘16) reflected on his final season playing soccer for BC: “I was proud of the hard work and effort that the team brought to every game, and it was a pleasure to be around this particular group of guys for my last year.”

The runners on the Cross Country team made us all proud as every member beat their best personal time by the end of the season, most notably with runners Dmitry Pokushalov (‘17) placing 10th and Zachary Tegtmeier (‘19) 11th during the ACIS championship. Dmitry Pokushalov commented on the team’s performance this season, “The cross country team this year was in the best shape it has been for the past three years. We had a great combination of Cross Country veterans and talented newcomers, who were all determined to improve their times.”

To end the fall season on a high note, both the Varsity and JV Girls Volleyball teams made it to the AAIS playoffs. Varsity unfortunately ended their season when they lost in the quarterfinals against Chapin, while JV also also lost in the AAIS quarter finals but earned second in the ACIS after a loss in the finals against #1 seed St. Ann’s. Alyssa Pierre (‘18) had a few words to say about the dynamic of the the JV team: “I liked how we were all a family, sort of like sisters who succeeded together and sometimes failed together, but it always made us stronger.”

As soon as the fall season ended, the winter season started almost immediately. From there, teams from both sports would move forward to snag the top spots in their leagues. Along the way, numerous records were broken by swimmers Olivia Abramchik-Cavallo (‘17), Garrett Collins (‘16), Meret Baumann (‘16), Sarah Bender (‘17), Nina Katzner (‘17), Eric Liu (‘17), Michael McAlpine (‘17), Hannah Schneider (‘19), Natalie Shea (‘19), and Bryan Tirone (‘18). Not to mention that on both Varsity basketball teams, Leah Ross (‘17) and Jimmy Council (‘16) earned 1,000th-point awards.

The intense season first ended with the Girls Varsity Basketball team coming in 2nd in the ACIS, and 5th in the AAIS with an overall record of 14-7. The team had members from each grade, the majority being freshmen. Melina Scott (‘19)  talked about her experience on the team: “As a freshman joining her first team ever and knowing little to nothing about the sport, I found it to be one of the best experiences I have ever had.” 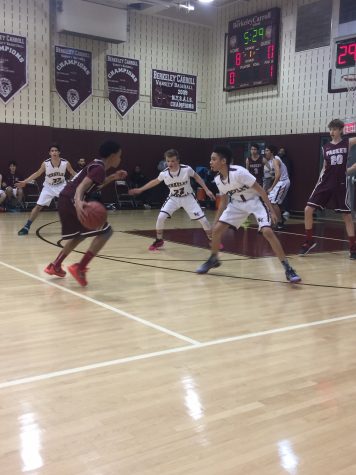 The Varsity Girls Swim team were #1 in the ACIS with a record of 10-7, while the Boys Varsity Swim team finished with a record of 6-2. The JV Boys Basketball team fought hard and won the ACIS championship with an undefeated regular season record. Finally, the Varsity Boys Basketball team came in 4th in the ACIS after a tough loss to Leman, and also got to play in the NYSAIS B-Division tournament as the #6 seed. Overall, both fall and winter sports seasons were victorious and filled with moments that all of us in the BC community should be very proud of. Great things are in store for the spring season.