Words From an Athlete: Girls Softball 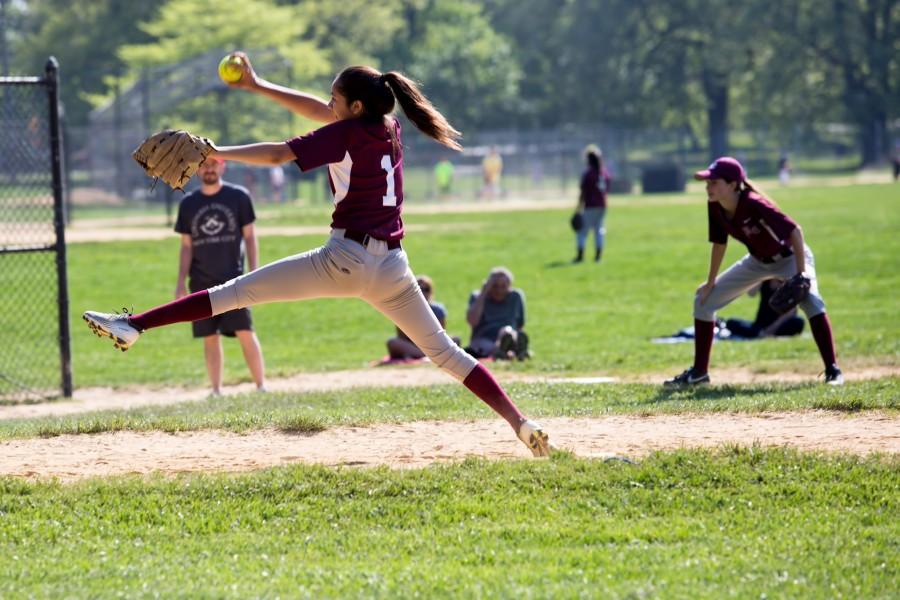 Berkeley Carroll has been a true baseball powerhouse, especially within the last five years. The varsity baseball team has won many playoff games and citywide championships, including the PSAA/ACIS league. These past couple of years, however, the girls softball has struggled to win games. I joined the girls varsity softball team last year as a freshman. Our team was comprised of a bunch of great girls with a variety of different interests off the softball field. I was the starting pitcher, and although we came close, we did not win a game my entire freshman season. Our record was 0-7.

This year our team was made up of two juniors, and the rest were freshmen and sophomores. Due to weather-related delays, our season began the week after spring break ended, so we had little time to prepare. Our first game had a similar feel to last season being that we lost. In our second game of the season, we seemed to collectively decide to play together and play hard for each other. We came close, but ultimately we lost the game.

Despite adding another game to the loss column, we were determined to play harder, play together, and never give up regardless of the score. The Lady Lions won our first game in two seasons against Nightingale. We could have easily gone through the motions and completed another winless season, but our team pulled it together, rallied behind each other and persevered until we achieved victory!

Our first win in two seasons gave us great confidence, which is immensely important in all sports. We fought our way to five victories this season, including back-to-back wins against Brooklyn Friends High School. Five wins is our teams highest total since the 2010, which even included one shutout. During our last game in the season last Friday, emotions were running high, but we went on to the field determined, and we earned our fifth win of the season. Overall our team played hard, played together, and persevered until the very last inning, the very last strike, and the very last out.