Best Dressed of the 2015 Golden Globes 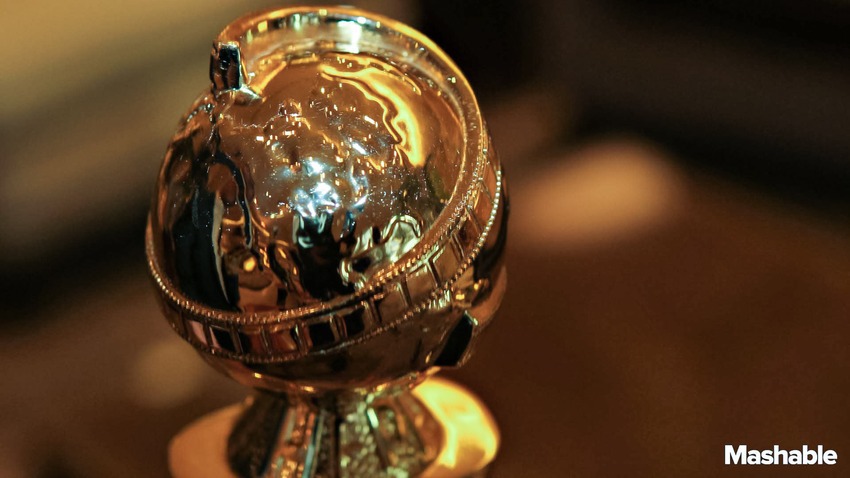 With award shows come many new and interesting red carpet looks. The 2015 Golden Globe Awards, which includes awards for both TV and movies, premiered on January 11th, and was the first award show of the the year. There were people who stayed true to traditional Hollywood styles, and then some who took risks, and still looked fabulous. Though there were so many people that looked incredible on the red carpet, there were five women who particularly stood out.

After her appearance on the red carpet, Amy opened the show wearing a form-fitting purple dress designed by Stella McCartney. Though simple, the dress was very flattering on the Parks and Recreation star, and she accessorized the low cut neckline with a beautiful Irene Neuwirth necklace. The purple coloring of the floor length dress complemented her nicely, making for a great Golden Globes look.

The 12 Years a Slave star stepped onto the red carpet wearing a lovely Giambattista Valli dress. Though simple in design, the complicated texture of the dress made it interesting to look at. The combination of white and purple was striking against her skin. On the whole, the dress was elegant, yet not so traditional that it was different from the other dresses that night. 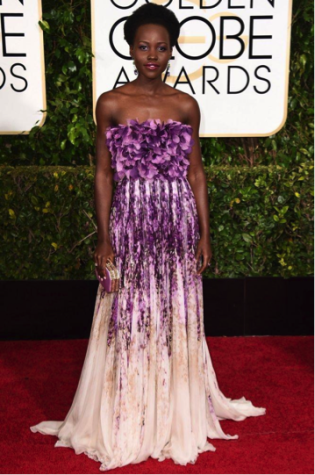 Dakota showed up at the Golden Globes wearing a silver Chanel dress to match the title of her new movie, Fifty Shades of Grey. The floor length dress was stunning on the Fifty Shades of Grey actress. The slit up the side of the leg gave some visual interest, as well as the flower accent on the top of the strapless dress.

Looking stunning in her Dior haute couture dress, George Clooney’s new wife wore a classic black one-shoulder dress. She paired the floor-length dress with white gloves that went up to her elbows. The gloves were quite controversial because of their color and size. They were scrunched below her elbows making them look too big on her arms. Despite this, Amal looked stunning. 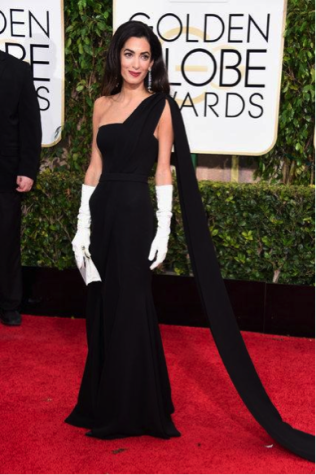 Wearing a silver and black Lanvin pant suit, the 26-year old actress strayed from traditional award show looks. While taking a risk, she looked elegant and stylish with the bedazzled top. The strapless suit was topped off with a large black bow on the pant, adding a train to the suit. This brought some of the traditional Hollywood glamor back to the outfit. 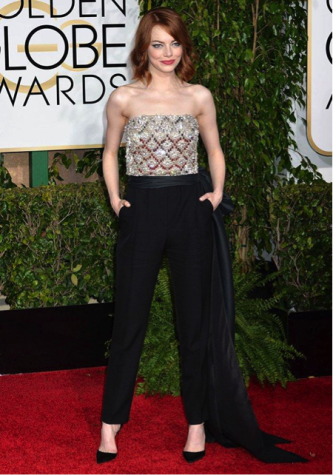