BC Students Walkout for Gun Reform 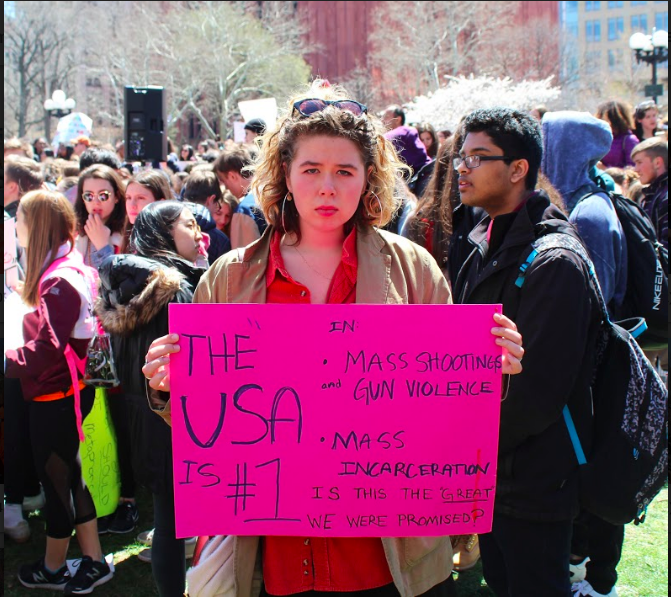 On April 20th, 2018, the 19th anniversary of the Columbine High School Massacre, Berkeley Carroll students joined students nationwide to protest the lack of common sense gun laws in the wake of recent school shootings. This was the second national school walkout since the Parkland shooting on February 14th, 2018, the first one being on March 24th. In NYC, students walked out of their classrooms at 10 am and met at Washington Square Park. A focus of the protest was to challenge the corruption of the National Rifle Association and expose the money that politicians receive from the organization. The Blotter captured the protest.