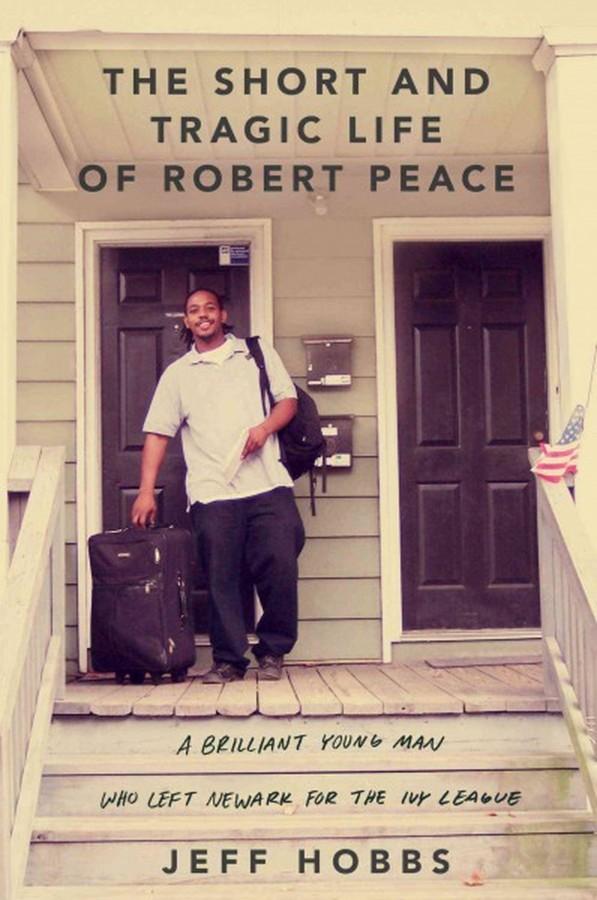 On January 13th, The Berkeley Carroll Upper School had the pleasure of hearing Jeff Hobbs speak about his book, The Short and Tragic Life of Robert Peace. As the title suggests, the novel focuses on Robert Peace, a young man who was raised in Newark, New Jersey and lived a life of both hardship and success. Having received an education from both St. Benedict’s Preparatory School in Newark, and Yale University as a molecular biophysics and biochemistry major, Robert Peace, according to Jeff Hobbs, “was chosen to fulfill all of his dreams, and [the] dreams others had for him.” Hobbs was Peace’s roommate and good friend at Yale, and he was able to share many of his personal stories and thoughts with the rest of the BC community.

With his quiet demeanor, Jeff Hobbs started off by describing his old friend, Robert “Rob” Peace. He went into detail about Rob’s background, telling us how Rob was a “typical Yale student” who was captain of the water polo team, a leader in student government, and how he was not afraid to share his loud opinions. Many people at Yale looked up to Rob, often recalling him as “the man,” according to Hobbs. What most people were unaware of, however, were the troubles that Rob faced outside of school. Rob sold and regularly used marijuana during his time at school. Whether he was at home in Newark or on campus at Yale, Rob managed to obtain and sell marijuana to those around him. All the while, Rob was aware of the damage his affiliation with marijuana was causing. In The Short and Tragic Life of Robert Peace, Jeff Hobbs writes that “though he [Rob] was addicted to it by all definitions regarding frequency of use, he was intelligent enough to control that addiction.” Very few people actually knew about the struggles Rob dealt with. Hobbs felt that Rob’s biggest problem was his decision to hide all of his issues from his peers. If others had known about them, then Rob could have received some type of help. There’s no telling whether or not this could have prevented the tragic events from occurring, but Rob at least would have had the support in facing these challenges.

The lesson that Jeff Hobbs wanted the BC community to take away from his visit was that reaching out to others and either offering or asking for help, can leave the greatest impact on someone’s life. What Rob needed, according to Hobbs, was more clarity in terms of his direction in life. After graduating from Yale, Rob worked as a high school teacher at St. Benedict’s and as a ramp agent at Newark airport. With some of those around him thinking that Rob’s occupational choices after graduation were “a waste of potential,” Rob may have felt pressured by society’s expectations of him. Hobbs commented that there was the conflict of Rob being known as “the man,” when he just wanted to be treated as “a man.” Making more of an effort to check in on the peers around us every once in a while can make us more aware as members of a community. The story that Jeff Hobbs tells in The Short and Tragic Life of Robert Peace has inspired many people across the U.S, including himself. “Learning about his life changed me […] and it made me a better father,” Hobbs stated towards the end of his talk. The lessons from Jeff Hobbs’ novel and visit remind us here at Berkeley Carroll that the smallest acts of empathy and consideration can make the biggest difference.