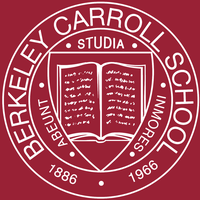 As the school year of 2014-2015 unfolds, students are spreading their wings and soaring through the air of autumn, exploring their opportunities. They flew over mountains and glided through seas to find their place. Soon enough, some landed at the majestic doors of the Student Council and Honor Council. They opened these heavy doors, advanced into a room with an elegant chandelier, and were faced with choosing a position they wanted to run for. The Student Council offered positions of President, Vice President, and Treasurer/Secretary. The Honor Council offered grade representative positions. At the end of the previous school year, students were also able to run for the Executive Student Council, which offered positions of President, Vice President, Treasurer, and Secretary. The positions of two Honor Council Co-Chairs were also offered. Students gave their speeches on September 18 and 19, and voting took place on September 22 of this year.

Students who were elected explained why they wanted to run for these positions. Alex Patcher, Senior President, states “I want to bring back the old traditions that made Berkeley Carroll a fun and exciting learning place to dwell (in).” Julia Longo, Sophomore President, recalls that she enjoys giving a helping hand to her peers and “collaborating with them in order to come up with new events and fundraising ideas.” Aaron Goldin, Junior Honor Council Representative, reveals “I wanted to join honor council to ensure that…student/teacher trust at our school is not lost.” This passionate desire to make Berkeley Carroll a better place as a school and as a community was present in all students who ran for the Student Council.

Now you might imagine a certain type of student in these positions. You might think that they all have the same goal or are authoritative and outgoing. In reality, a diverse group of students was elected. David Patcher, President of the Upper School, humbly expressed that “ I am not too extroverted nor do I come up with the ideas all by myself…I try to create a comfortable atmosphere of participation for the rest of the Student Council members so that the Upper School can benefit from the variety and number of ideas such an atmosphere produces.” Niamh Micklewhite, Senior Treasurer/Secretary, stated that she gathered enough of her courage to run for this position because it was the “last year…to run. I also really like math so that’s why I chose treasurer/secretary specifically.” The representatives from both councils are also active in sports, the school plays, Jazz Band, and Speech and Debate. As you can see, elected students have different interests and personalities which will ultimately enhance the quality of the Student and Honor Council.

You may be thinking about what these people will do to improve our school. Samantha Schreiber, Honor Council Co-Chair, says that she “would love to see an honor code implemented…I would also love for people to take honor and academic integrity more seriously so that there are less cases this year.” Lizzie Arthur, Freshmen Treasurer/Secretary, is also ready to take charge of the new year, “I hope to plan a lot of cool fundraisers, help make spirit week fun, and there may even be a few dances.” Other ideas include implementing a better recycling system, maximizing school spirit, and creating a “magical prom night straight out of Another Cinderella Story.”

Together the Student and Honor Council are ready to work hard, ready to listen, and ready to contribute. They will gain knowledge and wisdom while reading parchment in that old room. They will learn how to conquer obstacles with valor. And hopefully, once they close those heavy doors, they will be greeted with cheering crowds and will be remembered as the people who transformed Berkeley Carroll to give it a glorious future.

The results for the Student Council are as follows:

The results for the Honor Council representatives are as follows: