The Home Stretch: Varsity Baseball of 2015 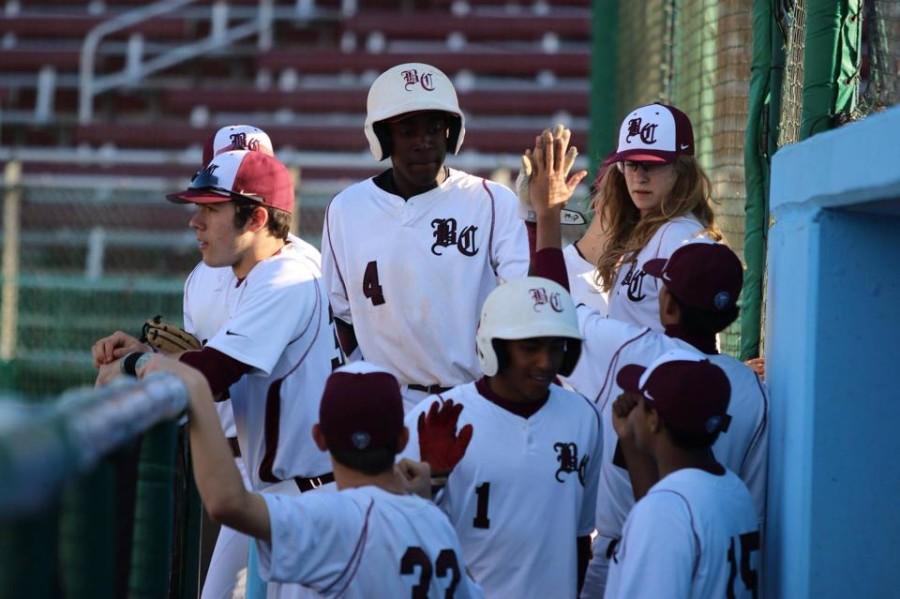 Watching baseball may be America’s favorite pastime, but the Berkeley Carroll baseball team makes the sport BC’s best loved game to watch.  They have fought through the spring’s rainy and windy weather and are in full swing with a 10-3 record.

The team puts in 100% effort to be the best they can be. The team begins their season in early March and they spend two weeks in Orlando doing spring training.  Once games begin, they travel great distances to every New York borough and play an average game of three hours.  Needless to say, it is one of the most time-consuming sports BC has to offer. 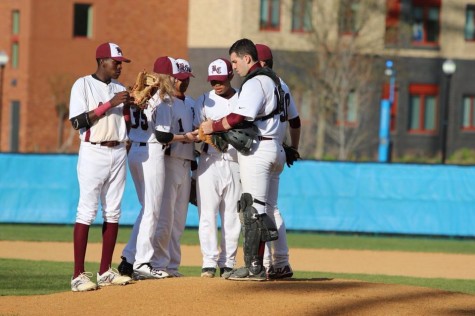 No team can grow without captains.  Luckily, the team has three dedicated and fearless leaders: John Allman, Chris Harper, and Richie Palacios.  They have been on the baseball team all four years and strive to make everyone on the team feel like they truly belong.  As freshman Joey Walsh puts it, “I look up to all of my captains and I think they are doing a great job setting the tone for the lower classmen.  They have been great role models and I don’t know where we would be without them this season.”  Another 9th grader, Soloman Canada adds, “John, Chris, and Richie are great leaders on and off the field and I hope to win a championship with them this year.”

One of the inevitable parts of high school athletics is adjustment to new players and positions.  This year, Varsity Baseball has  taken it as an opportunity to learn and grow as a team.  Pitcher Chris Harper states, “We have a really young and small team this year but we manage to work it out.  That’s what BC baseball is all about — learning from your teammates.  As a captain I am also trying to bring the competitiveness out of each one of them because a ‘like to win’ attitude instead of a ‘hate to lose’ attitude can make or break a game.”  Justin Pacheco, a sophomore, has taken on one of the hardest jobs in the game.  He has been working hard in pitching and has performed in multiple games.

The Varsity Baseball team sure has their work cut out for them for the rest of the season, but is ready to continue fighting for a league championship.  It is no doubt that they will represent BC with pride.