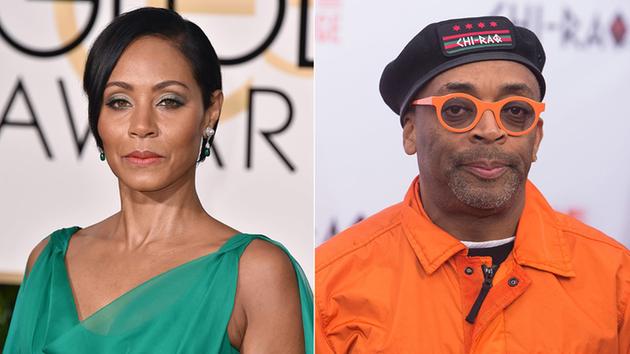 With the acting award season coming to an end, everyone is thinking about the biggest party in Hollywood that marks the end of the season: the Oscars. With millions of viewers every year, the Oscars is an opportunity for actors to spend time with each other and receive recognition for outstanding performances. However, the upcoming Oscars bring about some tension. There is not a single non-white nominee.

There has been a lack of diversity throughout the history of the Oscars. Since 2010, there have only been ten black nominees. That comes out to only 7% of nominees, and only three of those ten came out with a win. In the complete 88 year history of the Oscars, only 14 black actors have won awards. The last time a black actor was nominated was in 2014, when Lupita Nyong’o (who won Best Supporting Actress), Chiwetel Ejiofor, and Barkhad Abdi were nominated. Since then, there have been only white nominees.

Some are saying that white actors were only nominated because they were better. While this could have some truth behind it, many still believe that both this year and last year, there have been amazing films with wonderful performances by actors of color that have been overlooked. One major film from 2015 was the movie Selma. This movie, with a majority of black actors, got nominated for best picture and best song, yet none of the actors were nominated. The same is happening today. There are many movies with fantastic actors this year that have won so many prestigious awards already, that the Academy has overlooked, such as Idris Elba for Beasts of No Nation, Will Smith for Concussion, Michael B. Jordan from Creed and the many of the actors in Straight Outta Compton.

While many argue that the boycott is necessary, other Americans argue the opposite, or say they have no preference. According to CNN, 30% of adults say they are in favor of the boycott, leaving 70% thinking the opposite. “Among non-whites, opinions on the boycott are more evenly divided, with 44% supporting it, [and] 49% opposed,” according to Jennifer Agiesta on CNN. People opposed to the boycott argue that the Oscars are not being discriminatory, but rather they are just doing their job to find the best performances out there. People are finding truth behind this based on the fact that the president of the Academy is black, and the host of this year’s Oscars is black. However, both people have spoken out about it. The president of the Academy, Cheryl Boone Isaacs, said, “I’d like to acknowledge the wonderful work of this year’s nominees. While we celebrate their extraordinary achievements, I am both heartbroken and frustrated about the lack of inclusion. This is a difficult but important conversation, and it’s time for big changes. The Academy [which is made up of 94% Caucasians and 77% male] is taking dramatic steps to alter the makeup of our membership.” Chris Rock, the host of this year’s Academy Awards, said that he will take a moment to speak about the issue during the ceremony. A third side to this issue is that there are not as many “Oscar worthy” roles out there for not only blacks, but Hispanics and Asians as well, which is a bigger issue than just diversity in the Oscars. The fact that there is not enough diversity in the field is what may contribute to the fact that there is so little diversity in the Academy awards. Co-president of Berkeley Carroll’s Affinity Group POC, senior Garrett Collins, agreed with this as well. He said, “I believe the lack of diversity in the Academy Awards is sad, but to be expected. [People of color] are rarely cast in serious roles or in movies that don’t cater to minorities. This greatly saddens me because it doesn’t allow [actors of color] to showcase their full potential, and get the recognition they deserve.”

Though there has been an imbalance with people nominated in the past, because this is the second straight year in a row with only white nominees, people decided it was time to stand up. Many actors have spoken out about their opinions on the lack of diversity. Lupita Nyong’o stated, “I am disappointed by the lack of inclusion in this year’s Academy Award nominations. It has me thinking about unconscious prejudice and what merits prestige in our culture. The Awards should not dictate the terms of art in our modern society, but rather be a diverse reflection of the best of what our art has to offer today.” In addition, Will and Jada Pinkett Smith have both decided they will not attend the award show. Will Smith said on Good Morning America, “We are part of this community. We’re uncomfortable to stand there and say this is okay.” Other actors, such as Spike Lee, have also decided to boycott, while some, like George Clooney, Lupita Nyong’o and Reese Witherspoon, have spoken out, but will still attend the event. In reaction to this, many non-celebrities have weighed in on their disgruntlement, and are helping spread the word with the hashtag #OscarSoWhite.

The reactions that the Academy has received will hopefully have an impact and help them to make a change. Otherwise, maybe it will help them to be more transparent in their decision making if they really aren’t being discriminatory, but are solely looking for outstanding performances. Sophomore Ellie Pike says that she wants to see the Academy make a change too. She said, “I think that it’s important, obviously, to have a lot of diversity in the nominees, but I think in the future, a goal to reach is that it would be so natural to have minorities as nominees that it wouldn’t need to be a topic of discussion.” Hopefully, the Academy can make that necessary change, and someday be able to achieve that goal.