The Economics of Buying a Minor Marvel Character: Breakfast Club with Planet Money 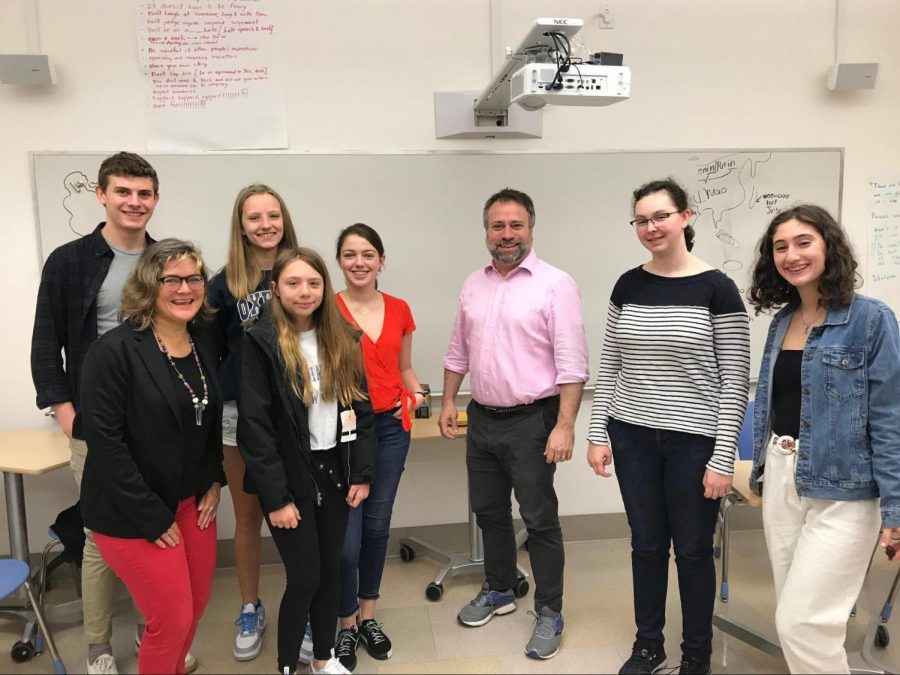 On May 8th, Robert Smith of NPR’s Planet Money paid a visit to the World Affairs Breakfast Club. Planet Money, a podcast that aims to make the economy interesting and engaging, was the main focus of Smith’s visit. He even arrived with his own speaker and computer, ready to play some particularly compelling segments from the podcast.

The mission of Planet Money, according to NPR, is “to find creative, entertaining ways to make sense of the big, complicated forces that move our economy.” The podcast describes itself as a fun evening at a bar, talking about the goings-on of the economy. For example, said Smith, in one particular episode, the Planet Money team had an opera singer come in and sing about the housing market. Smith and his colleagues recognized that “most people can’t understand [traditional economic broadcasting].” For Smith, this sentiment rang particularly close to home. Without much training in the economy or in podcasts, he jumped on the Planet Money train. Unbeknownst to him at the time, Planet Money would soon become one of the most popular podcasts in the world, downloaded by over two million people every week.

Planet Money began after the financial crisis in 2008. As people lost their jobs and homes, many became interested in the financial world. However, the way that the economy was being presented on traditional broadcasting was incomprehensible to most who hadn’t received proper education on the economy or who were financially illiterate. According to Smith, Planet Money’s idea at the time was to say “listen, for every number, there’s some story behind it… all we have to do is go and find those people and make those business stories sound like story stories.” The Planet Money team went out and found those narratives. By turning the Dow and the like into legitimate stories of people affected by the financial crisis, Planet Money was able to make the economy accessible and empathetic, not just senseless numbers.

Smith told us the story of Willow, a 14-year-old girl from Florida who was able to buy a house because of the 2008 financial crisis. He told us the story of Planet Money launching a satellite to understand the lucrative business of space exploration. He said that his colleagues were playing around with the idea of buying a minor Marvel character. Most in-depth, perhaps, was his narrative of the Planet Money team making their own t-shirts. First, Smith and his team harvested their own cotton from Mississippi because America has the best, cheapest cotton technology. The cotton was then shipped from Mississippi to Indonesia, where it was spun into yarn using machines, as opposed to human labor. There, Planet Money explored the economic implications of machines and how such machines changed the Indonesian workforce. The yarn then went to Bangladesh, one of the poorest countries in the world. From an economic perspective, the yarn should go to where human labor is the cheapest. However, members of Planet Money team didn’t want to solely emphasize the cheapness of Bangladesh’s workforce; rather, they interviewed the two sisters who created the t-shirt, Shumi and Minu. Again, Planet Money tried to find the human spark behind a would-be dull story. There, they talked with Shumi about her secret romance, a Hindu man whom she works with. From Bangladesh, the shirt is shipped to Long Beach, California. Shipping costs about 1 cent per shirt. Smith believes in the great importance of one overlooked modern invention: the shipping container. Shipping containers have made everything incredibly cheap, and although we can now order groceries by pressing a button on our smartphones, such developments wouldn’t have been possible without the shipping container. All in all, the materials cost about five dollars, but the shirt was sold for twenty-five. The most expensive part was printing the design—a squirrel holding a martini glass, which is a visual pun on a famous John Maynard Keynes’s quote, “The markets are moved by animal spirits, and not by reason.”

Smith then proceeded to answer some of our questions. When asked what the future of media looks like, he gave a cryptic answer. In some ways, the future of media is stable because, more than ever, people are reading, writing, and listening, but financing media is difficult. He advised any future journalists that it’s not a lucrative career. He also advised that there are a few economic issues that could become crises, including the student-loan debt and large loans taken out by companies. However, he hedged, his predictions are just speculation, and the economy is really just luck.

As the release date of BCast’s first podcasts nears, Smith’s visit was especially timely. So, if you find yourself interested in journalism and podcasts, the economy, or just want to see which minor Marvel character Planet Money may buy, check out: https://www.npr.org/sections/money/.