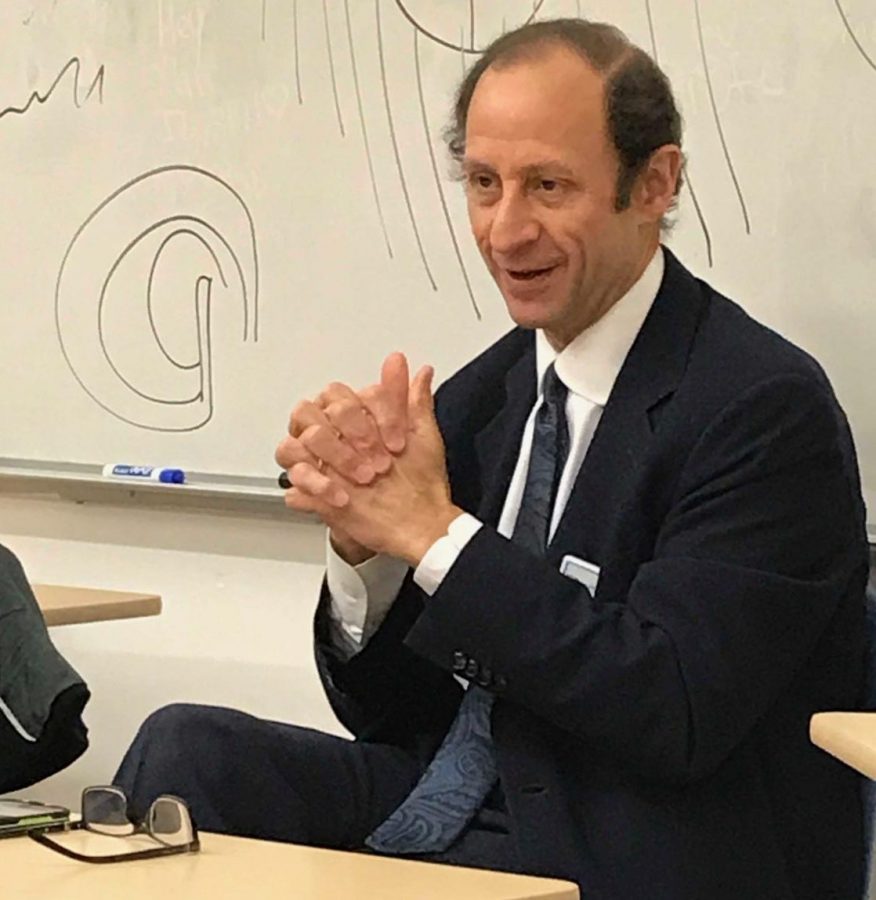 On January 30, the World Affairs Breakfast Club was joined by Dr. Anthony G. Saleh MD, a pulmonologist at New York-Presbyterian Brooklyn Methodist Hospital. With the vaping fad sweeping the globe, he answered our many questions and also provided some background information about vaping. Dr. Saleh is a pulmonologist, a doctor specializing in the respiratory tract. The lungs are a vital part of the respiratory tract, as they are directly associated with outside air. Because of this, the lungs are the hardest organ to transplant. Dr. Saleh believes that if one considers smoking or vaping, they should also consider the inevitable damage to the lungs.

Any discussion of vaping must include a discussion about smoking, claims Dr. Saleh. Some of the harms of smoking include lung cancer, COPD, and an increased risk of a heart or stroke. Smoking marijuana is also dangerous, as it has acute and long term effects on the lungs. Scientists and doctors like Dr. Saleh have concluded that vaping definitely isn’t safe, although the extent of the danger has yet to be determined. Like cigarette smoking, vaping has high quantities of nicotine, so it’s also incredibly addictive. However, because vaping has minimal tobacco, it’s sold as the “safer” alternative. In actuality, while there is scientific data regarding cigarette smoking, there is no longitudinal data concerning vaping because it’s a very new modality of smoking.

Vaping is also sold as a “transition” step between smoking and not smoking. Companies that advertise vaping, however, don’t acknowledge that it’s equally, or more addictive, than cigarettes. New data has shown that many people who vape ultimately return to cigarettes. Sometimes, in order to quit smoking altogether, people vape in conjunction with the nicotine patch. The combination can lead to nicotine toxicity, which can possibly be fatal, although such cases are rare. In a nutshell, despite the lack of scientific evidence, it would be unwise to claim that vaping is safe.

Dr. Saleh continued on to discuss the potential ramifications of marijuana. Vaping marijuana, like other forms of vaping, lacks conclusive data. However, vaping inhalation is not as deep, so the effects are less catastrophic. Dr. Saleh continued to reinforce the point, that despite lack of evidence, the only thing we should be inhaling is air. Even with deteriorating air conditions, the result of cigarette smoking is considerably worse than the most severe air pollution.

As a pulmonologist at New York Presbyterian Brooklyn Methodist, Dr. Saleh has been instrumental in establishing a smoking cessation program that will be up and running by the fall of 2019. The target population is teenagers, as vaping has affected teenagers dramatically. As part of the cessation program, lung cancer screening will be offered. In some places, hospitals and third parties begin smoking cessation before the age of smoking and becoming addicted. The hardest addiction to kick, according to Dr. Saleh, is smoking. Studies show that it takes approximately 6.3 visits to a doctor in order to complete a smoking cessation program. Dr. Saleh claims that there has to be an incessant, unrelenting assault on smoking.

What’s the danger of vaping? That has yet to be concluded. Possibly, there won’t be much risk. However, Dr. Saleh warns that before vaping, one should always consider and research the possible side effects.