ISIS: The Cancer of the Middle East 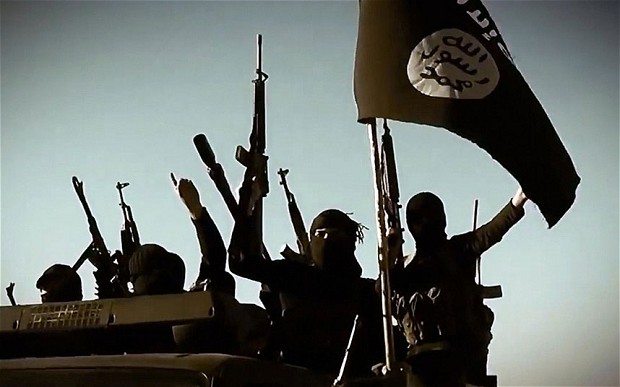 You are driving in your car, when a man clothed in camouflage stops you. You open the window to see the man’s wide eyes glaring at you through the thick mask encapsulating his head. Gun in hand, he orders you to step out of your car and demands identification. You open the door, stand on the street, and hand the rebel your ID. The man glares at the paper. He can tell from your name that you are not a Sunni. He then gives you two choices: to be killed, or to flee the country by foot without a bag, ID, or money. This is what many had to face in the city of Mosul, Iraq a few months ago. It continues to be the reality of ISIS in Syria and Iraq today.

ISIS (Islamic State of Iraq and Syria), formally established in 2013, is a radical Sunni terrorist group that emerged in northern Iraq and Syria. Both of these countries have been struggling politically over the past few years. It is this vulnerability and weak central power that left the door open for ISIS to take over.

In Iraq, the problem stems back to the war that occurred a decade ago. Saddam Hussein, the former Sunni Iraqi dictator, had marginalized the Shi’a Muslims in Iraq, even though they comprised the majority of the country. Hussein had abused many who were satisfied when his statue was knocked down in 2003 and even more when he was executed in 2006. When the United States fought in Iraq to enforce a Democracy, the previously marginalized Shi’a, as a majority, gained power (after the defeat of Hussein’s regime) and then marginalized the Iraqi Sunnis with the help of the Shi’a Islamic regime in Iran. This marked the beginning of Sunni dissatisfaction. The Iraqi Sunnis began to rebel, killing foreigners and destroying Shi’a landmarks and sites. This culminated in the two-year long civil war in Iraq that ended in 2008. However, as American troops withdrew from the country in 2011, Al Qaeda, a radical Sunni terrorist organization, began to revive its endeavors to terrorize and take over the Iraqis.

In Syria, the emergence of ISIS is also rooted in the corrupt government. The dictator, Bashar al Assad, his father Hafez Al Assad, and his family have been violently controlling the country for over 40 years. An Alawite (very close to Shi’a Islam) himself, Al Assad filled the majority of government positions with Alawites. This incited rebellion because Syria is a very religiously diverse country (filled with Christians, Sunnis, Shi’a, Druze, Kurds, and many other religious groups). In 2011, after the fall of Mubarak in Egypt and the specious emergence of an “Arab Spring”, teenagers in Daraa, a southern city in Syria, spoke out against the Al Assad regime and were arrested as the government’s military tried to subdue the growing protests. However, protest spread around the country and Al Assad’s army became more and more violent in its unsuccessful attempts to quell the rebels. This left a weak and disliked central government along with a vulnerable country, the perfect target for the emerging ISIS.

ISIS is an offshoot group of Al Qaeda. The Sunni insurrectionists who had gained momentum from the weak Syrian government affiliated with Al Qaeda in Iraq and began their quest to establish a caliphate. This pair became known as ISIS. From the name, one can discern their agenda: To eradicate the current governments of Iraq and Syria, to take complete control of the expansive territory encapsulating Iraq and the Levant, and to establish their own strict extremist Sunni government. ISIS’ ideological motivation is that of Compulsion in religion, believing they have superior knowledge of God’s wishes for mankind; they feel entitled under God’s will to punish anyone who doesn’t comply with their way of life.

So far, ISIS has erased the frontier between Iraq and Syria, taking over a portion of land in the northern part of the two countries whose size is comparable to that of Belgium. Its main base currently stands in the Syrian city of Raqqa, where the Shari’a law is being applied fanatically. Currently, ISIS is expanding south and west through Syria and Iraq. But how was this organization able to survive and grow so quickly?

ISIS currently stands as the richest terrorist group in the world and houses a vast number of resources. At first, regional Sunni countries such as Saudi Arabia, Qatar, and others supported ISIS financially. However, after multiple successful raids, ISIS was able to get its hands on a plethora of arms from the Iraqi military equipment warehouses. Before conquering Mosul, Iraq, ISIS was expected to have over 800 million dollars in wealth. In addition, ISIS was able to steal a wealth of money from banks and properties in the conquered cities such as Mosul, allowing them to gain an extra 410 million dollars. However, the group now has its hands on oil fields in Syria. By selling this oil inexpensively in the black market, ISIS was able to boost its wealth to 2 billion dollars.

ISIS’ power is also attributed to the influx of jihadists from all over the world. The group has recruited unlimited numbers of foreign extremists to come and build the Islamic state. However, what has facilitated this influx and really allowed this plan to be implemented was Turkey’s aid. Its Sunni Islamic government informally allowed jihadists to be smuggled across the long border between Syria and Turkey to join ISIS. Now, the organization stands at approximately 80,000-100,000 fighters spread throughout northwestern Iraq and northeastern Syria.

These violent extremists have been spread thin, terrorizing civilians with bloody execution, slaughtering, crucifixion, and rape. In Syria, over three million civilians have fled the areas that ISIS has conquered. Those who have stayed and obeyed ISIS are forced to live under the Shari’a law; women are covered from head to toe, and children as young as two years old are taught to use weapons and “kill off all the infidels.”

ISIS jihadists have killed 8,500 people and wounded 16,000 in the first eight months of 2014 in Iraq alone. This is excluding all the deaths and injuries in Syria, and all those that have occurred over the past three and a half years. This small fraction of the total death toll is nearly three times the lives we lost in the 9/11 attacks.  We, as citizens of a country greatly affected by the one single attack, have an obligation to address this humanitarian disaster.

The United States and the western countries knew about ISIS but didn’t realize how dangerous and how quickly it was growing and affecting the Middle East. ISIS represents a future threat to the entire world to the point that a jihadist in Australia announced that “ISIS won’t stop until it places its black flag on the top of the White House”.  However, the main event that spurred U.S. action was when members of ISIS brutally slaughtered western journalists, including two Americans, in an attempt to threaten western governments that stand against ISIS’ cause. It was then, over two years after this problem was brewing, that the United States and western countries decided to employ a coalition to eradicate ISIS. Their plan is to help the defenders on the ground (Kurdish, Iraqi, and Syrian forces) by striking ISIS’ centers by air force. However, the forces currently fighting ISIS lack training and weapons that they don’t have to effectively defend Iraq and Syria. They need the help of the U.S., western countries, and even the entire world, to clean the area of ISIS forces.

But in the end, the problem is more complex. Will “air strikes,” and “fights on the ground” really change the radical ideologies at hand?