Not Jive Talkin’: Opinions on The West Wing 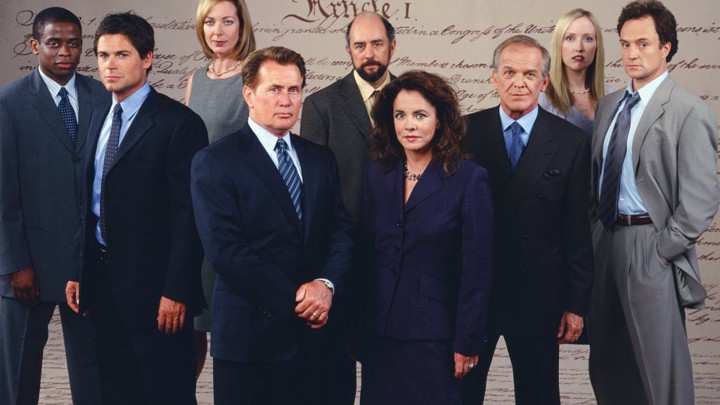 As a 12-year-old with a growing interest in politics, Josh Lyman was my idol. I wanted his job. I wanted to work with Toby Ziegler, C.J. Cregg, Leo McGarry, Charlie Young, and Sam Seaborn. I wanted to stay up until 2 A.M. drafting letters to Congress and playing poker in the Chief of Staff’s office. If I could, I would walk right through the TV and enter the mystical world of The West Wing.

The West Wing is THE greatest political drama of all time. It provides a total contrast to and a brief respite from the calamity of the Trump White House. President Josiah Bartlet’s badassery combined with exhilarating politics makes for riveting viewing and easily restores your faith in humanity. From an all-star cast to asshole Republicans, the show’s really got everything, even a young Rob Lowe… I mean…

First off, President Bartlet is the Omnipotent, the Merciful, the All-Powerful, the Creator of Supreme Beings, the Godhead of the White House. He sends his opponents running using logical arguments, sass, and sarcasm, while simultaneously inspiring his staff. In one exemplary moment, when he enters an organized event in the West Wing, everyone stands, except for the host of a right-wing, Christian talk show. He succinctly points out that she calls “homosexuality an abomination” on her show and continues to educate her in the Bible’s contradictions, saying:

“I wanted to ask you a couple of questions while I had you here. I’m interested in selling my youngest daughter into slavery as sanctioned in Exodus 21:7. She’s a Georgetown sophomore, speaks fluent Italian, always cleared the table when it was her turn. What would a good price for her to be?… Think about those questions, would you? One last thing: While you may be mistaking this for your monthly meeting of the Ignorant Tight-Ass Club, in this building, when the President stands, nobody sits.”

Wow. Speechless. In awe. Let’s all bow down to the master of fierce comebacks. No one should challenge the, albeit fictional, President to a war of words because they will lose. The writing is so superb that you just feel like you’ve just been transported to the Oval Office, watching the hustle and bustle, the drama, and the commotion of the White House. You really want to be President now, don’t ya?

The bromance between Leo McGarry and President Bartlet is the friendship that we all strive to have in our lives. The friend we can turn to, the friend we can advise, the friend we can hand control of the nation over to. As Bartlet prepares for the State of the Union, he talks through the contingency plan with the designated cabinet member, the Secretary of Agriculture, selected to be absent from the speech. The President asks, “You got a best friend?” The Secretary responds with a decisive “Yes, sir.” The President again asks, “Is he smarter than you?” to which the Secretary of Agriculture again responds with a “Yes, sir.” Finally, the President asks, “Would you trust him with your life?” “Yes, sir.” “That’s your chief of staff.” Leo overhears the President talking from outside his office and smiles, as a tear rolls down his cheek. Trust me, we are all crying with you, Leo.

The West Wing is my Vampire Diaries or Game of Thrones. My ideal (and pathetic) Friday night plans consist of The West Wing and a concerning amount of brownies. Have I cried while watching The West Wing? Many times. Have I binge-watched The West Wing for six hours straight? Yep! Anyway, even if political dramas aren’t your thing, The West Wing is the perfect antidote to the everyday overdose of modern politics and also serves to inspire 12-year-old, politically-inclined, somewhat-nerdy girls who—and don’t tell anyone!—just might imagine themselves as the Deputy Attorney General in the Bartlet administration.